So I’ve tried so hard to take pictures outside of my house, but guess what? It’s just too hard in the winter. Thus… welcome to my living room. I now realize how badly the walls need to be painted. We’ll get to it eventually. Anyway, I can’t possible put on my supper outfit while it’s still light outside. I would have to be dressed and have my makeup done by five in the afternoon. That’s just ridiculous! I’d be a mess by the time I arrived at the restaurant at eight or half past. It didn’t make sense to put on anything too fancy as we were in the middle of a snowstorm. We were going to one of our favourite French Bistros. It’s cozy and offers realistic French fare and the owner is a great guy. We ventured out since the owner sent an email saying that if there was less than 6 inches of snow he would buy everyone a glass of house wine. Awesome! I was dying for one of these “fuzzy” sweaters that are all over the place now, but being that I’m so hot all of the time there was no way I could buy a pullover. This one captured the trend, but had an easy off option. Perfect. Lubi also joined me for the occasion though I didn’t allow him to have a Scotch with us. He’s a chilly little Chihuahua who is wearing an adorable little Martha Stewart sweater. 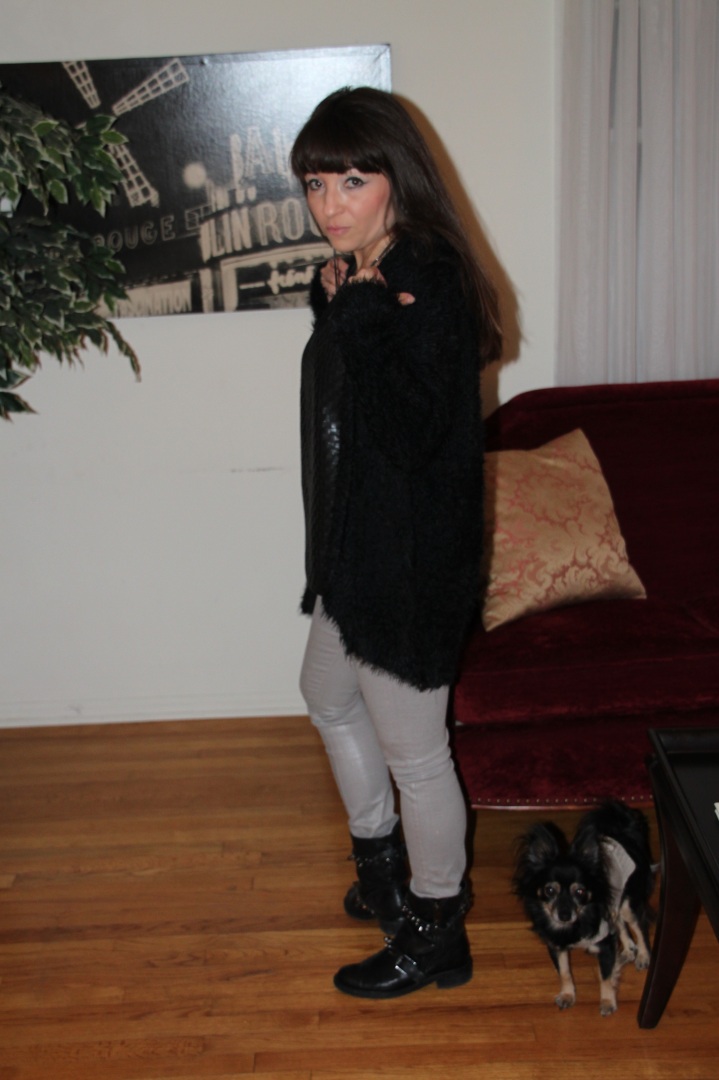 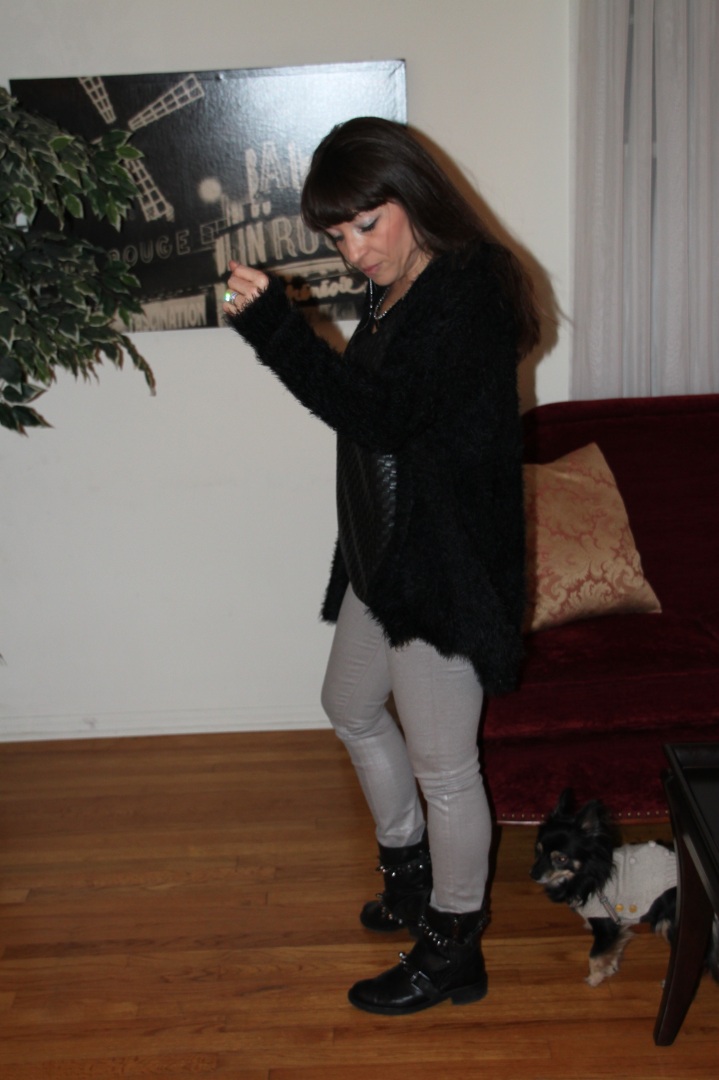 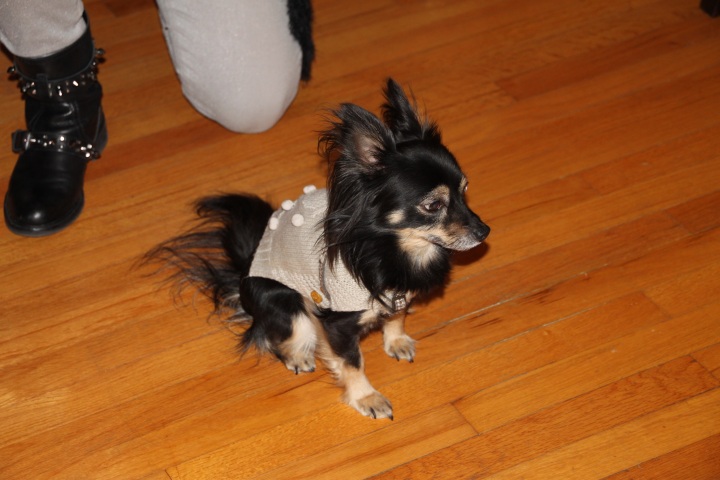 2 thoughts on “I Surrender” 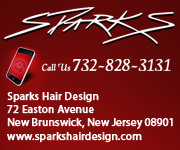 Previously on the Blog…